Blogtober Day 11: If I were president... 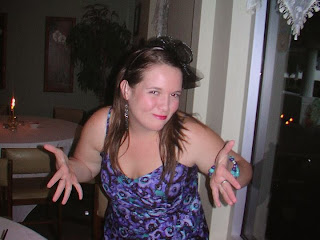 The first thing that pops in my mind when thinking of this question, is the scene in Legally Blonde when Elle Woods' friend Margo shouts out "Vote for Elle!" and claps ecstatically.

If I were president, life would be a bowl of cherries. No really, I would ensure that cherries were at peak all year long, forget a designated season. Everyone would get them delivered to their door step fresh, which in turn would cause for more employment opportunities. See? Clear economic direction already.

If I were president, cupcakes would be free in each city twice a week, there would be no stray or abandoned dogs, and bullies would be sent to an island a la Naked and Afraid. They would have a chance at redemption, because we all make mistakes, but would first have plenty of time on that island to reflect on their actions.

If I were president I would get to the bottom of the cure for Cancer and Aids; teachers would be the highest paid people in our country; and children, or anyone for that matter, would not be going to bed hungry.

If I were president, I would use more kindness than any other tool. I would weigh out every heavy decision with the best chamomile tea I could find and I would write back to anyone who ever wrote to me.

Sure my presidential dreams may be a little Pollyanna, but I can definitely think of worse styles to emulate. It may all seem simple minded or light, but really, that's just my groove. After all, you'll always attract more bees with honey than vinegar.

Until we meet again,
M