That time we almost got arrested in Chinatown 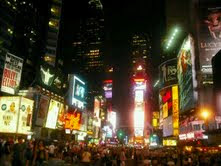 To quote the late, great Sophia Patrillo from Golden Girls, picture it, New York City, summer of 2009. A young couple visiting from Florida found their way to Little Italy. As they carried on with their usual banter when deciding on a meal spot, a young, Asian woman wearing a white Polo hat walked behind the girl, and with so much as a whisper, she purred "Pursessss?"

Immediately, the girl twirled and made the ever so slight transition towards Chinatown, leaving her beau with haste to keep up with the lovely girl who offered such an enticing offer. After all, the plan was to head this way after lunch anyhow. This was surely a sign!

As they kept a brisk pace, the gentleman of the Florida girl was offering what in retrospect could only be a premonition of what was to come. "Megan, are you sure about this? " "Should we trust her?" "You're really walking fast."

After a little bit of a trek, they arrived at their destination. This could be where the boy may have started to get into the girl's head. "Megan, she just went down below the ground. She is going down stairs. Underground. Are you serious?"

Just as the girl was ready to turn away, a door came open from below and out came three lovely girls, adorned with Coach, Chanel, and maybe a Dooney and Bourke. All were smiling, giddy, and heading off to their next adventure. As quick as this situation started, that girl was down those stairs and moving through wood walled rooms.

Once inside, the initial lady with the Polo hat left, after communicating with two other ladies. They smiled at the boy and girl and nerves were slightly decreasing. The girl smiled, "See? Told you it was all good."

So the boy and the girl made their way around the 300 square foot space. There were three rooms which offered different brands and labels. After about 20 minutes and 3 purses selected, the girl was ready to end this adventure. As one lady bagged her bags, money was seconds from being exchanged.

Suddenly, the other woman came running over, to the lady helping with the final transaction, speaking with frenzy and in a different language. The one scurried to shut the door that led to the world above. Utter panic rushed over the boy and girl. The ladies shushed them and smiled nervously.

"What is going on? Why are you closing the door?!"

And that's when the sledge hammer came through the door.


Yes, a sledge hammer accompanied by a booming voice declaring "NYPD. OPEN UP!!!" Another blow with the hammer came down.

Again, banter between the two women ensued, as they whispered and shushed the boy and girl and the only two other people in the room. Those people happened to be from Spain and spoke exactly none of the English language. This was just becoming more and more of a magical experience for the boy and girl once given this reality.

The boy grasped for his cell phone only to see zero bars for service. Awesome. The boy then spoke up again, "We would like to leave! Open that door."

For a split second, the two women manning this derailing train, stared blankly at the demand, until the one walked over to the door and pulled at the handle.

In marched several men with shields, literally and figuratively, speaking such poetry like "Get down on the ground in sitting position! Do not move. Hands visible!"

The girl's eyes welled with tears as she fell to Indian style. The boy lost all Florida sun from his face. They sat motionless, while what appeared to be undercover agents, stomped through the cellar making themselves incredibly clear that Macy's had fine options of purses.

"So, you want to come get the deal down below, huh? You're into stolen goods, huh? Ever heard of Macy's??? This is a million dollar a day gig going on here and you just wanted to get your piece!"

"Now, now Johnny, just take it easy. Walk upstairs and get some air."

As the charmer known as "Johnny" made his way out, he offered tons more marvelous advice of where the boy and girl could take their vacay next. The girl began to cry fully now. Head in her hands, she mustered up the only logical thought in all the land..."Dammit, that Chanel bag was perfect."

This may be where the boy offered up the girl entirely, with dedicated testimony, that he was coaxed into joining this misadventure. Kidding. The boy did decide enough was enough though.

"Excuse me, Sir, we had no idea this was illegal. My idiot girlfriend just has a hard time with bags. She needs help, Sir. We are here from Florida, only second day on the trip, and we are incredibly sorry."

As the girl was practically transitioned into the fetal position on the hard cement floor, she became convinced they did indeed come down the stairway to hell. But then! In bustles possibly the first girl, the Polo hat wearing monster who lured them towards this awful place. Handcuffed and looking more than agitated.

"This the girl that showed you the place?"

The boy and girl both looked at each other...at the girl with anger in her eye...and simply shrugged. "Uhh,I'm not wearing my glasses. Can't be sure."

"Listen", the boy stated, "We didn't actually buy anything. We looked around. No money exchanged hands. We told them to open the door the minute you guys got here."

"You asked to leave?"

And with that, the air changed. Apparently, asking to leave was the right thing to do. That and the officers may have taken mercy that no hits came back from the boy and girl's ID's. They were told to get far, far away from this area and really, just go to Macy's.


As the boy and girl made their up the rickety stairs, they rose above to fresh air and freedom. If the girl wasn't such a germaphobe she would have kissed the ground she thankfully stood back on. She and the boy looked at each other, and with the surveillance vans and New York's finest all around , decided to get back to the game plan initially. "So, ravioli still?"

The girl smiled and said, "Yes. Man, that was such a good bag. Total bummer, right?"

And the boy just looked at the girl in total awe for so many reasons. Some pure, and some possibly sociopathic. 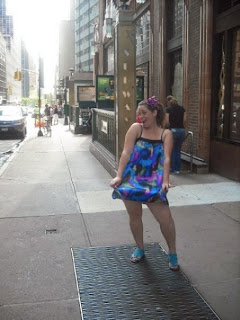 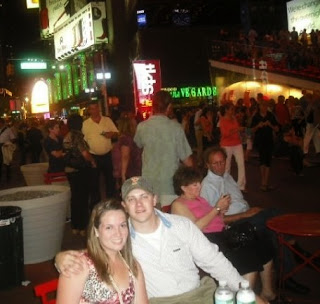 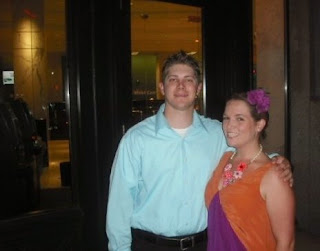 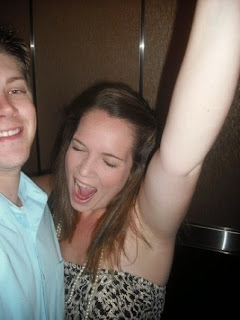 Til we meet again,
M